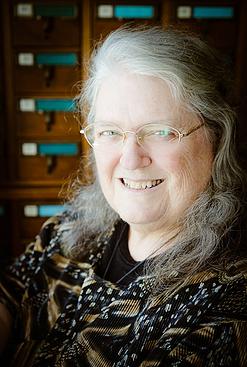 Orion T. Hunter grew up in the Midwest on a farm, where she enjoyed the company of cows, dogs, cats, chickens (not so much!), and, most of all, horses! If she had her way, all children would be raised on farms, tanned and barefooted! (She refuses to discuss the snow, tornadoes, and spiders.)

She began reading at an early age and never stopped (which has played havoc with her sleep). Once she retired from libraries, teaching and too many other occupations to mention, Orion started writing short stories, flash fiction, and novels, both alone and with her co-author Kyros Amphiptere.

She currently resides in western Washington State with her cat Missy, her piano (unnamed), and more books than many libraries. 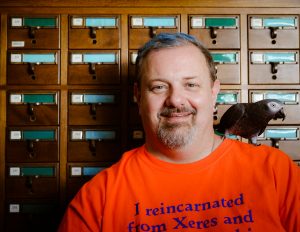 Kyros also grew up in the Midwest. Not far from where Orion grew up, actually. He began writing short stories soon after reading and being inspired by Madeleine L’Engle’s Wrinkle in Time series in grade school.

He met Orion shortly after he moved to Seattle when he turned 21. They were friends, roommates, and even co-owners of a bookstore during the 18 years he lived there. But it wasn’t until after he moved to California that they started seriously collaborating on writing. He had just lost his job and decided to finally sit down and write the novel that had been bouncing around in his head since the mid-90s.