Way back in January of 2016, we entered a writing contest. We blogged about it here.

Sadly, our story didn’t end up winning that contest.

However, when the winners were announced, we couldn’t wait to read the winning story and see what the judges had been looking for.

We read the winner’s story. We looked at each other over our FaceTime chat and said, “That won?”

Then, we read the second place story. Then, third place…it wasn’t till the sixth place story that we found something we thought was good and actually fit the parameters of the contest!

In our original blog post, we linked to our story on their website. But we thought it was high time that we published it here for our readers. We hope you enjoy this story more than the judges did! 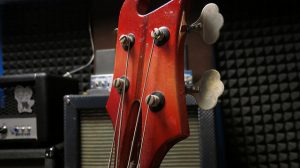 “See what I mean, Billy? They’re good. And this song? It’s like they pulled it straight out of all our talks about Xeres.”

I glanced over, watching my friend, Ryan Davis, struggle to get his considerable bulk into the executive chair he’d rolled up to the mixing board.

My hands flew across the board. Finally satisfied with the sound coming through the recording booth speakers, I turned back to Ryan. “I gotta admit,” I said, pointing a finger at him, “I thought you were kidding when you told me about these guys.” I glanced at the three musicians in the recording studio on the other side of the glass. “I get now why you want me to produce them.”

I leaned forward and pressed a button, cutting Ryan off. “Ok, could you take it from the top again? Jeromy, you were a little late coming in.”

“Sorry about that,” the guitarist’s voice blurted over the speaker. “By the way, Jeromy’s what my family calls me. Everyone else calls me Trip.”

The drummer tapped out the tempo, then the trio began playing. From the speakers drifted the words of the ballad’s chorus that had caught Ryan’s attention in the first place.

The trees of orange and blue

and sweet memories of you

I wake and wanna cry

The chorus wrenched at his heart.

We three joined together

yes, bonded at the start

we dreamed of forever

until our world fell apart

“Angela, move closer to the mike. Just a little.”

“Okay, sure.” She sang the chorus again, then asked, “Is that better?”

“Yes. Much,” I replied. As the musicians began another run through, I turned to the record company rep, asking quietly, “So have you talked to them about Xeres yet?”

The big man shook his head, his dreadlocks whipping about his face. “No. That’s why I asked Cynthia to join them. She’s the best studio drummer I know. Plus, she’s the one who told us about Xeres, about what our shared dreams meant, in the first place. I had to know if you two heard the same thing in their lyrics that I did.”

“Oh, yes. There’s no doubt in my mind. These two have to be reincarnated Xerians.” I bit my lip. “Well, at least one of them has to be. How else would they know all those details?”

Something caught my ear. “Cynthia? Can you try picking up the tempo a bit?”

On the other side of the glass in the recording studio, the drummer did a quick beat across her skins, ending in a crash of cymbals. “You got it, Billy.”

That earned her a smile and a thumbs up.

“All right. Now pick it up at the second verse.”

Spinning ‘round this same star

you’re so close, I’m so far

while missing our third heart

When the trio hit the chorus, we both shook our heads, awed by the emotion Angela poured into the lyrics. We listened, mesmerized, as Angela’s smoke and honey voice belted out the next verse.

In our dreams we collide

both stuck on the wrong side

where once you were my friend

now we war without end

“What are the odds?” Ryan said, almost whispering. “These two wrote a song―in Wisconsin―about Xeres. Then it lands on my desk in California, literally the day after Cynthia tells us about meeting other people starting to remember past lives from that planet.” He shook his head. “If she hadn’t gone to that convention or if their demo arrived even a day earlier, I’d have written it off.”

“I know I would have,” I replied. “When she told us about the weird things she’d learned at that convention, I thought maybe we’d all gone a little round the bend. I mean, giant cats called hunting tiglas? Then this band shows up calling themselves Hunting Tiglas with a song that resonates with so many of the things we’ve talked about? It’s uncanny.” I flipped the switch to activate my mike.

“Angela? Trip? Let’s run through the last verse one more time, then we’ll break for lunch.”

lives that we are missing

so we send out this call

though it be our downfall

After I’d gotten the tracks laid out to my satisfaction, I opened the control booth door to find the three musicians already in the hall waiting. I extended my hand to Trip, then to Angela.

“I love this song. Hearing you sing it, Angela…Damn, girl, you’re powerful! I’m looking forward to working on the rest of the album with you two.”

“Uh, folks,” Ryan interrupted from behind me. “There’s a cafe around the corner. Let’s grab a bite and discuss where we go from here.” Focusing on the drummer behind the duo, he asked, “Cynthia? Feel like joining us?”

The woman was tapping out a beat on the wall. Raising her head, she smiled. “Sure. I think we’ve got a lot to talk about with these folks.”

The executive put one arm across Angela’s shoulder and the other across Trip’s, leading a parade through the hall toward the front doors.

As we exited onto the street, Ryan asked, “So, out of curiosity, what’s your inspiration for this song?”

Angela leaned forward, her long dark hair swinging with the abrupt movement. Exchanging a meaningful glance with Trip, she answered, “We first connected over this shared dream world when we were kids. But there always seemed to be something missing.”

Trip’s lazy baritone cut through the noise of the street. “Not something, someone. Sounds crazy, right? We wrote this song over a weekend in January, right after that terrorist attack in Europe. We were both in a funk and this song just kinda flowed out of us. It practically wrote itself.” He shook his head.  “It’s hard to believe it’s only been three months and here we are in Los Angeles, recording it.”

Following behind with Cynthia, I asked, “But where did you come up with the name Hunting Tiglas?”

Angela and Trip chuckled in unison. “From our dreams! Hunting tiglas were these imaginary pets we both had as kids. They were these big cat-like creatures. We thought it would be a cool band name.”

Once they reached the crowded cafe, Ryan spoke with the hostess. Turning back to our group, he grinned. “We’re in luck! She says we only have a fifteen minute wait.” He motioned to Cynthia, mostly silent so far. “You want to tell your side of the story?”

The tattoo-covered woman nodded. “Um, well, I went to a sci-fi convention up in San Francisco a few weeks ago. While I was there, I met some people who remember… well, things like what you mention in your song: the weird trees, the hunting tiglas, and…oh, a whole bunch of other stuff. The three of us,” she indicated him and Ryan, “all remember living on another planet.” She took a deep breath. “In a past life. It was called Xeres. The trees had orange colored bark and blue leaves.”

She smiled, assessing the shocked looks on the other musicians’ faces, then continued. “I had a hunting tigla too. The boys here only had house tiglas.” She shot a smirk at Ryan and him. “Wimps!”

I sputtered, “It was another life….”

Ryan crossed his arms. “My mom thought they were too dangerous….”

Cynthia waved us off. Turning back to Angela and Trip, she raised her hands and shrugged. “So you can imagine our reaction when we heard your song….”

Realization dawning across his face, Trip nodded. “You knew we had to be from there too.” He looked at Angela. “Wow. I forgot all about that. I remember hearing it called Xeres in one of my dreams.”

Angela whipped around on him. “Why didn’t you tell me about that?”

“Would you have told me,” he asked, raising his eyebrows, “if one of your dreams implied that we were reincarnated aliens?”

She chewed her lip for a moment. “Hmm, good point.”

We all turned as the hostess approached. “If you follow me, I can show you to your table now.”

As we moved through the crowded cafe, I shot over my shoulder to my new clients, “Maybe your song can reach more people like us.”

“You think so?” Angela asked, blinking in surprise. “That’d be cool. I wonder how many more people are out there like us?”

Trip looked at her, longing in his eyes. “Maybe we can find the person we’ve been searching for. The one who’s missing from our lives.”

As they reached their table, Ryan and I shared a look.

“Next up on Hot K102 FM, the song everyone’s talking about. It’s taken the pop charts by storm this spring, peaking this week at number 11. Here’s Hunting Tiglas with Our World Fell Apart.”

The trees of orange and blue

and sweet memories of you

I wake and wanna cry

We three joined together

yes, bonded at the start

we dreamed of forever

until our world fell apart