Our prompts were: rusty armor and mysteries of the night. This immediately made Kyros think of the Night at the Museum movies. But that’s been done before, several times. So Kyros came up with the idea of one guy saving another from a bunch of homophobic bullies. In talking our way through the outline, we realized that it would work perfectly in our Third War universe. Once we figured that out, we knew exactly where the story was going. Checking our (extensive!) spreadsheet of characters from our Third War universe, we found one of Alex’s friends from college who perfectly fit the bill….

Writing the story required several Google searches, the main one being using Google Maps to zero in on the location for the story. Once we had that, we used Street View to fill in the details of the setting, like the placement of the storm sewer and the bench. Another source that we use pretty much any time we write is thesaurus.com, a great place to find just the right words we need to tell the story. Also, we diagrammed the setting, just so we could get a feel for the street scene and where everyone was. 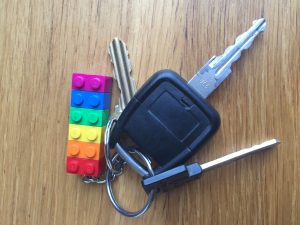 Whew, am I glad to be out of there, I thought, walking down Seventh toward Congress. It’s nice they still have live concerts, but the Iron Bear was standing-room-only tonight. I inhaled a deep lungful of the Austin night air. Ah, it tastes like fine champagne. God, Kevin, I giggled, when did you start to wax poetic?

A set of keys skidded into my view.

Sprinting, I captured them before they ended up in the gutter.

“Hey, you dropped your….” END_OF_DOCUMENT_TOKEN_TO_BE_REPLACED 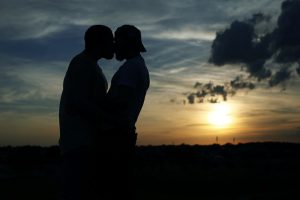 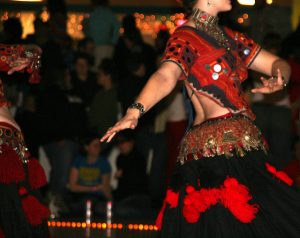 *Brigid, it’s Father,* the familiar voice of her twin, Bright, spoke in her head, insinuating itself into her reverie. She slowed to a stop, facing her father where he stood arms crossed, anger clouding his face. END_OF_DOCUMENT_TOKEN_TO_BE_REPLACED