We had two sets of prompts for this story, the ones we normally get from Orion’s Writer’s Kickstart group (If you want time, The end of the bridge, Jinxed) and the ones from the writing group she started in her apartment building (Historian, Identifiable face in the clouds). While we don’t usually have this abundance of prompts, the combination dovetailed into a story quite nicely.

We also employed the stricture of making the story exactly 500 words. Many of our stories fall pretty close to that, though few come in exactly at 500 words. These days, it seems hard to get them under a thousand! Editing short stories to 500 words proved to be an excellent way to learn to edit your own writing and to learn to see what is and isn’t necessary for a good short story. It also teaches you to cheat on the total! For example, you can use contractions to take the word count down.

We set this story in Peru because Kyros has always had a love for the Incan culture and knows a bit of their history. That country provided lots of chasms, bridges, and mist-shrouded valleys to play with.

“C’mon, Carlton. I just need a couple of weeks off. My sources say that last earthquake in Peru uncovered new Inca ruins. If I leave right away, I can be the first person on site. Think of the prestige Stockwell College gets if I discovered something new.”

Dean Carlton Whitmore looked down his long aquiline nose at me. “Wash, finals are in three weeks. There’s no way you could get there, find anything interesting, and get back here before that. I’d have to find someone to sub for you for the rest of the term. Do you know how expensive that would be?” END_OF_DOCUMENT_TOKEN_TO_BE_REPLACED

The prompt for this piece was just the word Rain.

Orion tried to think of something funny to depict on this topic. Someone getting splashed by a passing car? Too easy! The end of the world in flood? It’s been done dozens of times. Hard rain? Perpetual rain? Well, Orion does live in the Pacific Northwest, so that’s a given, during the winter anyway. (It’s currently raining, in fact.)

Read on to see what direction Orion took.

This is one of the shortest short stories we’ve ever written! 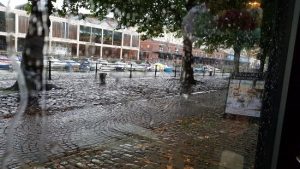 I HATE getting wet!

Remember that snappy pop song, I Love A Rainy Night by Eddie Rabbitt? He didn’t know what the hell that guy was talking about. Rainy nights were the worst!

I swear, he thought, this rain is trying to smash me into the pavement. My hair’s plastered to me like a second skin. It’s coming down so hard I can barely see my path. END_OF_DOCUMENT_TOKEN_TO_BE_REPLACED

The prompt for this story was to take a literary character and put them into a new situation. Orion immediately thought of Sherlock Holmes. He’s one of her favorite characters, whether on TV or in the movies.

When Orion sat down to write this story, she saw an ad for a speed dating event at her favorite local hangout. So, she put all those things in a blender and out popped this little story.

It’s quite nice to see someone get the better of Holmes for a change.

When Orion asked Kyros to help polish this story for the blog, he didn’t think Orion had made the female character enough of a match for Holmes, so he put his particular spin on her words to make her a better foil for Holmes. 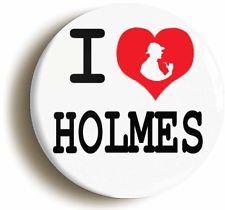 HOLMES AT THE READY

Sherlock Holmes entered Tipsy’s Coffee Palace, lips in a wry twist as a bouncy teenager leaned forward, giving him a clear view of her ample cleavage. “Please sign in here.”

He wrote HOLMES in square black letters and slapped the nametag on. The atmosphere pressed in on him, equal parts tension and hormones, with a dollop of fear. END_OF_DOCUMENT_TOKEN_TO_BE_REPLACED

The prompts for this story came from the writing group that Orion started in her building. They had the word bounty. Since Kyros hates just having one prompt, they grabbed, extra prompts from a cool little thing he found on Amazon called Storymatic. The prompts that came from there were: shouldn’t have touched it, nobody is watching, trespasser.

The way we got into this story was that we wondered “what was it that the person shouldn’t the person have touched.” Orion suggested a dragon egg. Kyros liked that idea and thought it would be funny to steal it from a museum. That’s why she hides out in a museum in the middle of the story. That’s where she stole it from in the first draft of the story. It wasn’t until we were writing the very end of the story that Kyros got the humorous idea about who the father of the baby dragon should be. That caused us to go back and re-write our protagonist stealing it from the White House instead of a museum.

Orion used to sell stone eggs as dragon eggs at medieval fairs. When children asked if they would really hatch a dragon, she told them, “Of course, in two hundred years or so. If the egg doesn’t hatch, they should bring it back to her for a refund.” Behind the children, their parents were usually trying not to laugh and spoil the fun.

Now she collects stone eggs for herself. They live in a woven basket on her countertop where visitors can handle them while she regales them with the origin story of each one. She hopes they don’t hatch anytime soon. Though maybe the cat would like a new playmate.

When she went looking on Google Images for a picture of a stone egg for this story, she found herself drooling over pix of eggs she didn’t have…yet! The picture she settled on is a dragon septarian stone egg from Madagascar and she wants one!

“Excuse me, miss,” the man in the ebony suit called to her. “We need to check your bag before you can leave the White House.”

Icy panic raced through her veins. Did they see me take it? I thought nobody was watching. Did they catch me on a camera? I shouldn’t have touched it, let alone taken it. But I had to have it. END_OF_DOCUMENT_TOKEN_TO_BE_REPLACED