Orion used to spend her weekends pretending to live in the Middle Ages. (One year, she spent 26 of 52 weekends under canvas!) So, it’s no surprise that every once in a while a story lands there too. Also, we really like telling stories of people hoisted on their own petard. Couldn’t you tell? 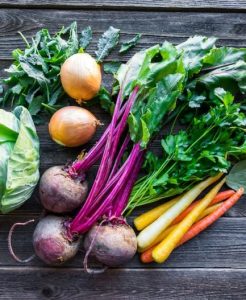 “I can’t believe how lucky you are, Leo. The king really gave you time off from your regular chores to study with Donatello?”

“Yes. I was stunned. But, I’ve always wanted to be a magician.” A grin split his youthful face. “Donatello says that I’m a natural. He’s never had a student progress so quickly.” He puffed out his chest.

Angelo, the head cook, and Leo’s best friend, raised an eyebrow and looked down his long nose. “Not everyone is so fortunate as to have a patron like you do.”

Leonardo made a face. “Maybe so, but it means I have twice the work I did before.”

“Well, you’d best get to work then. King Raphael’s stew won’t fix itself.” He gave the boy a serious look, then pulled the recipe card out of his apron and handed it to the boy. “Here. Get started on the basic ingredients. I’ll take care of the seasoning later. And,” he said, wagging a scolding finger at the young man, “you can’t have your dinner…or your birthday cake, until the king has had his dinner.”

When the boy didn’t immediately move, the cook clapped his hands, barking out, “Chop, chop!”

Taking the recipe to the storeroom, he began pulling the various ingredients down from the shelves.

He called off each thing as he tossed it into his basket. “Mushrooms, barley, onions…. What? No onions!?” He groaned. “Now I’ll have to run down to the market and get some, unless….” After a moment of pondering, he got a wicked grin on his freckled face. “Well, Donatello did say I had to practice that transmutation spell. Maybe I can just make something else into onions and save myself a trip.”

Casting about, he grabbed a bunch of beets off the servants’ food shelf. “These ought to do.”

Gathering up the remaining ingredients, he headed for the kitchen.

“Well, is everything in the stock pot?”

“Of course! Can I have my dinner now?”

The cook shook his head. “What did I tell you? You don’t get your dinner until after the king eats.” He waved the boy off. “Go finish your other chores. By the time you get back, this,” he gestured at the simmering pot, “should be done and served to King Raphael. Only then can you have your dinner.”

The boy’s smile lit up his face. “And my birthday cake!”

Barrelling through the back door, the apprentice called out, “Angelo?”

The cook glanced up from the small table where he was quietly sipping coffee with the magician, Donatello. “What? Can’t I get even a few minutes to relax? I’ve barely finished feeding the king. What do you want, now?” His smile belied the harshness of his words.

“Did you change the fish food? It smelled like onions when I fed the king’s koi in the pond.”

The cook’s forehead wrinkled in thought. “No. You’re the only one who has even touched it for weeks. Since you seem to enjoy feeding them so much, everyone else has left it for you to do.”

“Hmmm.” The boy shrugged. “Well, it didn’t smell like onions yesterday.” He opened the cupboard and pulled out a plate and a mug. “I’ll figure out what happened to it later. Right now, I’m starving. ”

He poured some orange-colored juice and made himself a sandwich from the meat still warm over the hearth before joining the cook and the magician at their table.

Taking a sip of the juice, the boy made a face. “Yuck! What is this? It’s vile. It tastes like onion juice.”

Leo shook his head and took a bite of his sandwich. “Gross! This tastes of onions too!”

Angelo held up his hands. “Then there is something wrong with you. That meat is done to perfection.”

Donatello quirked an eyebrow at the boy. “Did you do any magic with onions today, boy?”

“Um,” Leo muttered, looking sheepish, “when I went into the pantry to fix lunch, we were out of onions. For the king’s stew. So I just transmuted some beets into onions.”

Donatello laughed. “Oh, so you were too lazy to run to the market, were you? I guess you’re stuck with it, then.”

“Bu…but, everything tastes like onions now!” the boy wailed.

The magician chuckled. “And it will for a few days.”

Leo’s face fell. “But it’s my birthday. My birthday cake will taste like onions!”

“Well, there is…one way to fix it. Just reverse the transmutation spell. Turn the onions back into beets. Problem solved.”

“Noooo!” the cook screamed, waving his hands. “This is horrible! You must not! The king is deathly allergic! If you change them back into beets, it’ll kill him!”

Donatello sighed and shook his head at the boy. “I guess you’re stuck tasting onions for a few days until the transmuted ones clear the king’s system.”

Donatello frowned, wagging a finger at him. “There are no shortcuts, Leonardo. What was the first lesson I taught you? Magic always has a price.”

One more thing: Did you catch the names of the characters here? They’re all Medieval painters….or Teenage Mutant Ninja Turtles. After we’d named the first character Leonardo, it was mandatory that we use the rest of the quartet.